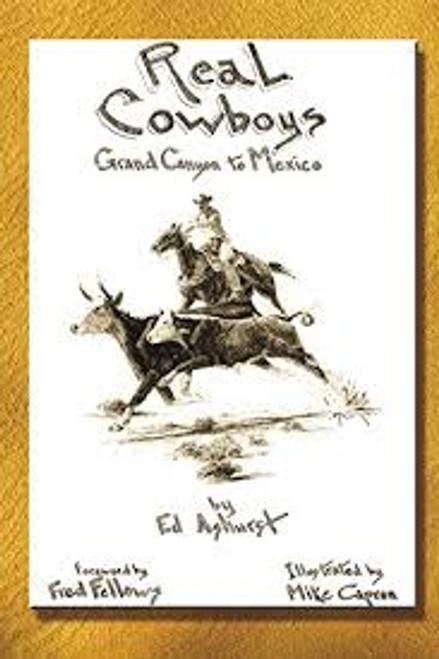 "Contrary to what some people think, the cowboy is not dead. You can't see cattle gathered and worked in rough country from the freeway or out of a United Airline's window. There are men and women working cattle in the vast reaches of the West almost always out of reach of cell phones. This book, Real Cowboys, is about those men and women, some passed on and some are still living. Their stories will live on in this book forever." -Foreward by Fred Fellows

Ed Ashurst is the author of seven books and is currently working on his eighth. He is also a working cowboy who has ridden and gathered cattle and horses on over seven thousand square miles of the American West accumulating over fifty years of experience as a big ranch cowboy. He currently manages a large cattle ranch in southeastern Arizona. He has also been involved in producing rodeos and horse shows as well as horse sales and has competed in the rodeo arena for over fifty years. His books are about his life's experiences covering different aspects and scenes that race across his vivid memory and water a fertile imagination. All that he has written originated from stories that are well worn from being told many times. He believes that storytelling is an art form that is no less important than painting or sculpting and people say that his books read as if the storyteller is there in person.

Stealin' From the Neighbors

The Life and Times of Warner Glenn

Stories that Terrell Shelley Told Me

Alligators in the Moat

Tied On : The Cowboy's Devotional

I'll Drop You Off: A 40-Day Devotional for Cowboys