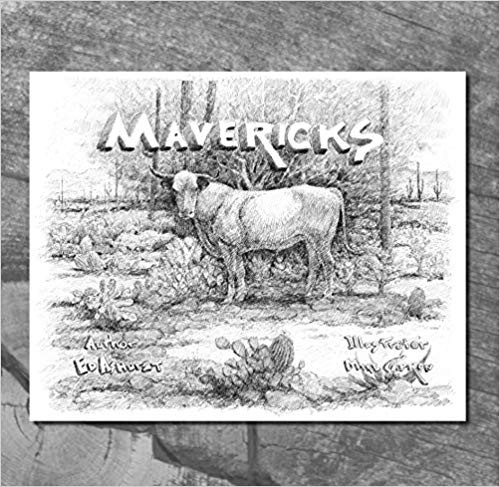 This is real history about gathering bronco cattle in the American Southwest. Actual accounts of livestock being captured in extremely remote and inhospitable terrain. One hundred thirty-five pages of stories, very rare photographs, and original artwork by Mike Capron, along with biographies of some of America's most famous wild cow cowboys.

Ed Ashurst is the author of seven books and is currently working on his eighth. He is also a working cowboy who has ridden and gathered cattle and horses on over seven thousand square miles of the American West accumulating over fifty years of experience as a big ranch cowboy. He currently manages a large cattle ranch in southeastern Arizona. He has also been involved in producing rodeos and horse shows as well as horse sales and has competed in the rodeo arena for over fifty years. His books are about his life's experiences covering different aspects and scenes that race across his vivid memory and water a fertile imagination. All that he has written originated from stories that are well worn from being told many times. He believes that storytelling is an art form that is no less important than painting or sculpting and people say that his books read as if the storyteller is there in person.

Tied On : The Cowboy's Devotional

Stealin' From the Neighbors

Alligators in the Moat

The Life and Times of Warner Glenn

I'll Drop You Off: A 40-Day Devotional for Cowboys